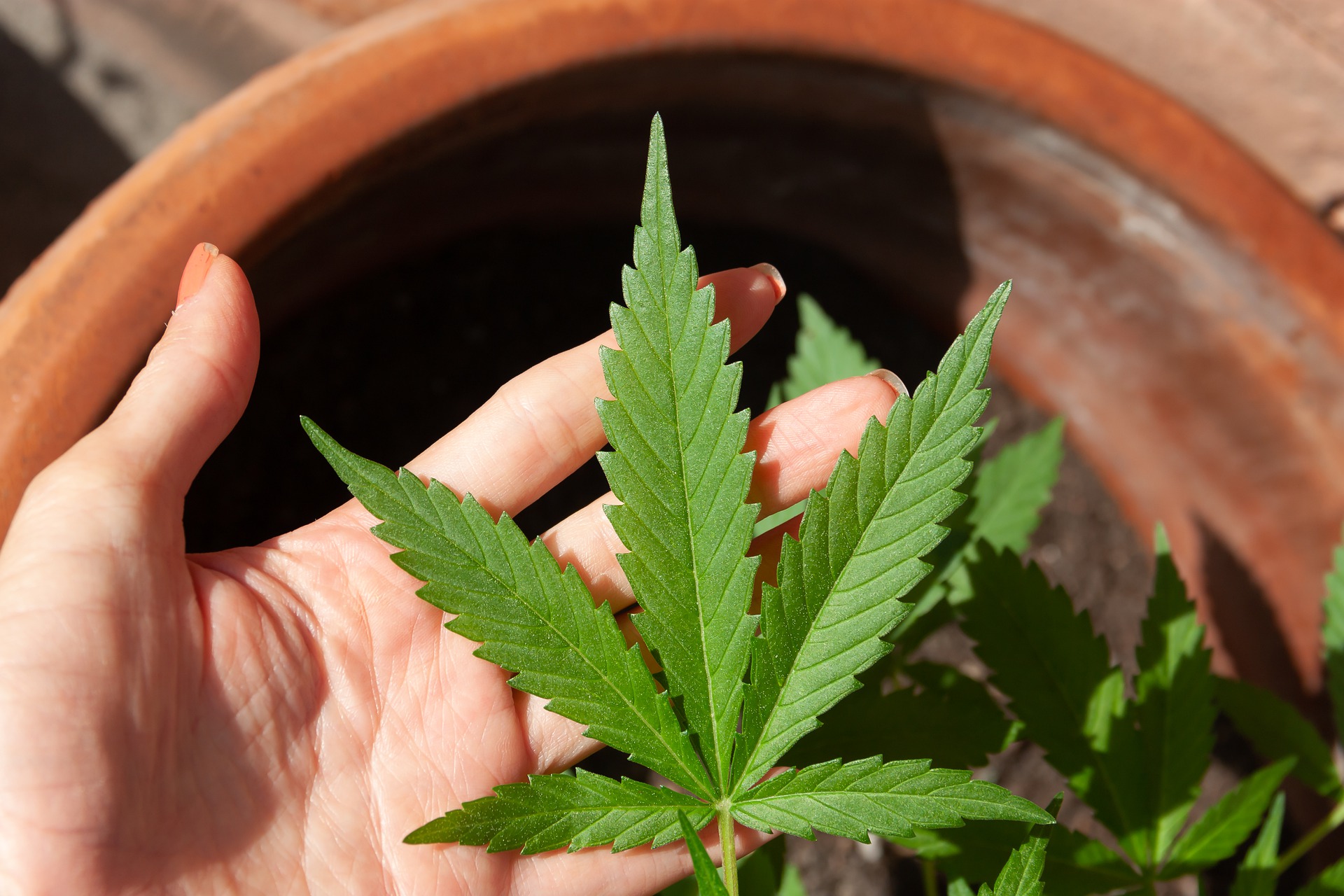 5 states could add $9B to the cannabis industry in November

Welcome back to our new weekly series, Schaeffer’s Cannabis Stock News Update, where we recap what happened in the world of marijuana stocks this week and we will look ahead at the pot stocks to watch in the upcoming week.

Investor interest in the cannabis industry continues to grow and the leading players continue to break through legal barrier after legal barrier. Right now, nine states and D.C. have legalized recreational marijuana and 29 states have legalized medicinal marijuana. Normally, when we talk “cannabis stocks,” we are talking about companies that sell both recreational and medicinal cannabis. More and more companies, though, are starting to see the opportunity presenting in this quickly growing industry and we are continuing to see more marijuana IPOs on the calendar.

Here’s a quick roundup of the cannabis sector news this week (September 21 through September 25):

Akerna Corp. (NASDAQ:KERN), developer of the cannabis industry’s first seed-to-sale enterprise resource planning (ERP) software technology named MJ Platform, reported financial results for its fiscal fourth quarter as we mentioned last week on Thursday, September 24. Here is a full recording and transcript of the earnings call featuring Jessica Billingsley, CEO of Akerna Corp. The revenue results reported were down 17% year-over-year at about $3 million for the reported quarter. In conjunction with their earnings announcement, Akerna also released an eBook detailing the cannabis industry’s technology needs. Click here to check out the eBook published by Akerna and titled Technology in the Cannabis Industry.

Aurora Cannabis Inc. (NYSE: ACB — $6.53), the Canadian company defining the future of cannabinoids worldwide, also conducted their conference call on September 22 to cover the revenue results for its fiscal fourth quarter. The results were that revenue totaled $72.1 million for the quarter which is a 5% decrease quarter-over-quarter. That level of decrease in earnings has moved ACB stock down more than 20%. On the call, Aurora announced a fiscal full-year net loss of $2.48 billion, and stated that the company had lost its top spot in the consumer marijuana sales north of the U.S. border.

GW Pharmaceuticals plc. (NASDAQ:GWPH), a UK-based biopharmaceutical company, confirmed on September 23 that TGA (Australian Therapeutic Goods Administratio) has officially authorized their CBD medicine to be used in the treatment of Lennox- Gastaut Syndrome (LGS) or Dravet Syndrome patients of two years or older. The company’s CBD medication, Epidyolex, was the first FDA-approved CBD medicine for the treatment of childhood epilepsy. Click here for our coverage on GWPH stock analysis after recent analyst rating adjustments.

On September 21, Therapix Biosciences Ltd. (NASDAQ:TRPX) delisted their stock on NASDAQ. The company had already suspended trading of their stocks since July 2 of this year so this announcement was of no surprise to Wall Street.

Tilray Inc (NASDAQ:TLRY) announced on September 22 that its president and CEO, Brendan Kennedy, sold 500,000 shares of TLRY stock at an average price of $5.13. This was following his sale of another 500,000 shares of TLRY stock on the day before at an approximate price of $5.01. Since his last major sale of stock, Tilray’s stock price has dropped 7.41%.

One of the leading, most highly trusted, and most recognized cannabidiol (CBD) brands, cbdMD, Inc. (NYSE:YCBD) announced on September 24 that, in conjunction with the Natural Products Association (NPA), the company intends to provide additional transparency into the current landscape for investors. As such, cbdMD is launching an invitation-only virtual investor conference entitled “Regulatory Roadmap For The CBD Industry,” which will focus on discussing the current regulatory climate in the CBD industry. It is worth noting that cbdMD was able to grow revenue by 411% over the past year, bringing the total to $40 million in revenue.

Village Farms International, Inc. (NASDAQ:VFF) made an announcement on Thursday, September 24 that the company’s recently launched vape and oil products are now available to consumers in the three most populated provinces in Canada (Ontario, Alberta, and British Columbia) to which Pure Sunfarms distributes. Pure Sunfarms, majority-owned by Village Farms, has announced it’s plans to launch these vape and oil products in additional provinces in coming months, as well as plans to continue expansion of its Cannabis 2.0 products.

A small analyst price target update for Canopy Growth Corp. (NYSE:CGC) could put the company into an ever better position to exceed revenue expectations for the third quarter. Cantor Fitzgerald kept the “neutral” rating for CGC stock, but raised the price by $0.37 to $20.93. Canopy is a Canada-based producer, distributor, and seller of a variety of cannabis and hemp-based products for both medical and recreational usage.

All eyes (for cannabis sector investors, at least) are on legalization efforts at the national and state levels. The delay in the U.S. House of Representatives voting on a bill to legalize cannabis nationwide, there is still significant growth potential on a state level as more states are putting legalization on the ballots. According to New Frontier Data’s most recent report on the cannabis market, there are five state ballot measures this year including in Arizona, Mississippi, Montana, New Jersey, and South Dakota. If all five of these state legalization measures are approved by voters, even without nationwide legalization, the cannabis market stands to grow by an additional $9 billion. 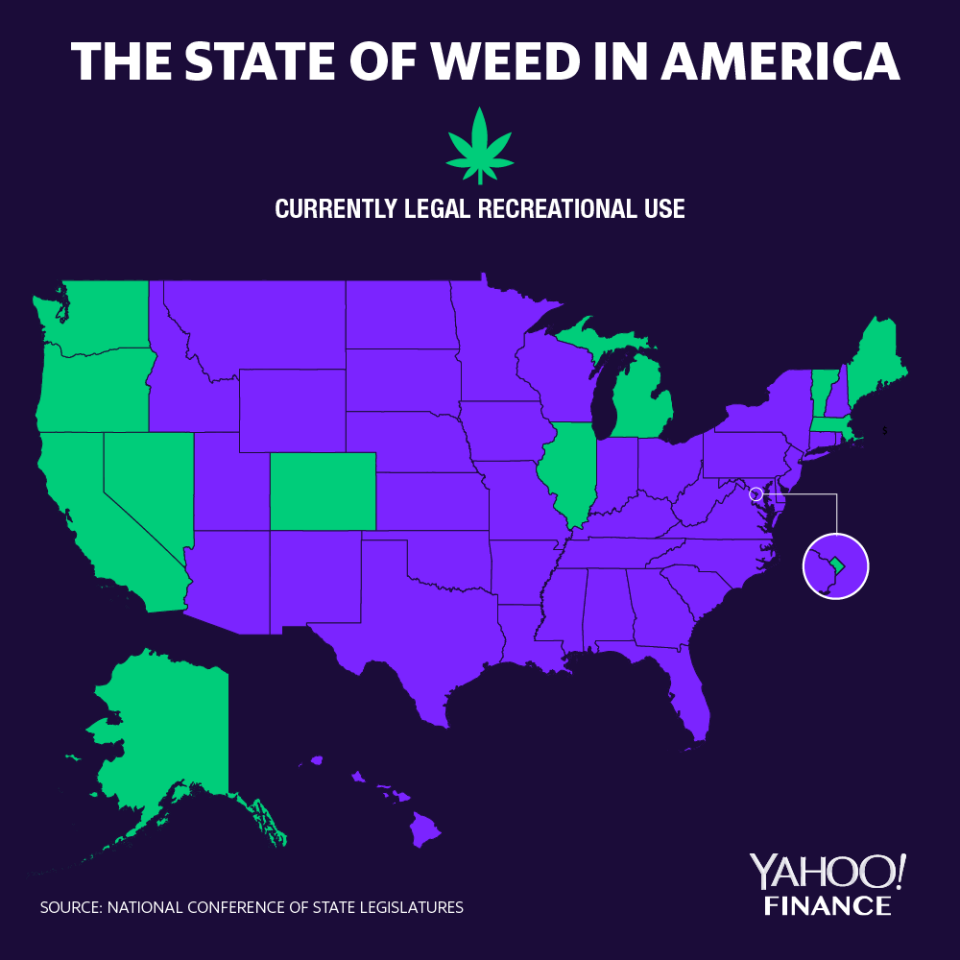 There are no notable earnings announcements expected in the cannabis arena at this time for next week.