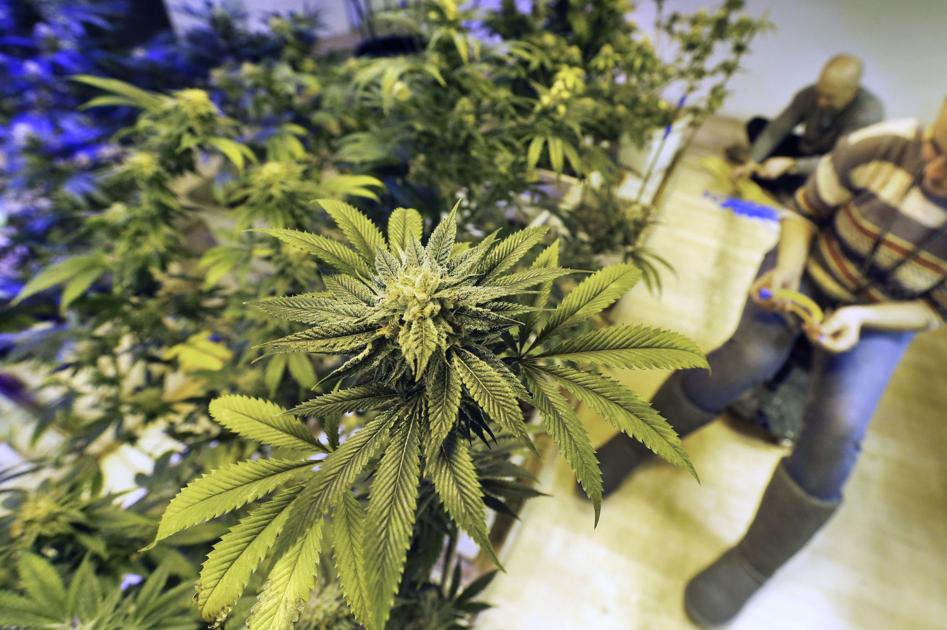 Across Colorado delivery drivers may soon be dropping off medical marijuana to patients, but not in Colorado Springs where the city council decided Monday its residents will not be among those getting weed on wheels.

The delivery debate pitted those who thought it would serve patients with pain, mobility issues or at-risk for the coronavirus against those who said such deliveries would create a public safety hazard and come with too many unknowns, such as the cost of regulation.

The council will not continue to explore medical marijuana delivery because of the lack of support among a majority of members.

Councilman David Geislinger would have been among the swing votes needed to pass the measure and decided during Monday’s work session to not back the measure in part because of the unknowns, he said.

“I don’t see the role of a policymaker to resolve cultural war issues,” Geislinger said.

Colorado Springs is home to more than 23,000 medical marijuana cardholders, close to a third of all the cardholders in the state, said Lee McRae, license enforcement officer with the city clerk’s office.

During about two hours of presentations and debate among council members, industry representatives said a recent survey found many cardholders are interested in the service because they are disabled, live with pain, or they want to maintain distance from others during the coronavirus pandemic, Scudder said.

State rules governing marijuana delivery would be tougher than regulations covering delivery of prescription drugs. For example, a marijuana patient would have to show an ID and medical marijuana card to receive a delivery, while narcotics like oxycontin can be delivered by mail with no need for the recipient to be present to show any ID or proof of prescription, said Shannon Fender, director of public affairs for Native Roots Cannabis, a Colorado Springs medical marijuana company.

“Marijuana delivery is by far the most regulated,” she said.

The city would have received $1 from each delivery to help cover associated law enforcement costs.

Opponents said deliveries could make the drivers targets for thieves and become a regulatory headache with unknown costs that might not be covered by the fee. Patients could potentially order from multiple shops and buy much more than allowed under state law, a problem known as “looping” that is already happening during in-person sales, opponents argued.

Deputy Chief of Staff Bret Waters told the council that Mayor John Suthers would veto any measure to allow medical marijuana deliveries because of the unknowns, safety issues, and potential to hurt the city’s bid to become the permanent home of U.S. Space Command.

It’s “not the optics we want to send out,” he said.

Council President Richard Skorman was among those backing the measure, saying it would serve older patients, prevent some people from driving while high, and help build the business of medical marijuana shops in town. He also said businesses are already taking regular deliveries of marijuana without being targeted.

“The medical dispensaries that we have in our area are for the most part very responsible,” he said.

In a small victory for the industry, the council will pursue a change in city rules to allow dispensaries to sell CBD products used to treat seizures, insomnia and pain that do not give users a high. CBD products derived from hemp that do not contain enough THC to give users a high were previously an unregulated product that could not be sold along with medical marijuana, which goes through extensive testing, McRae said. CBD products must now be tested and can be sold in the same shops, he said.