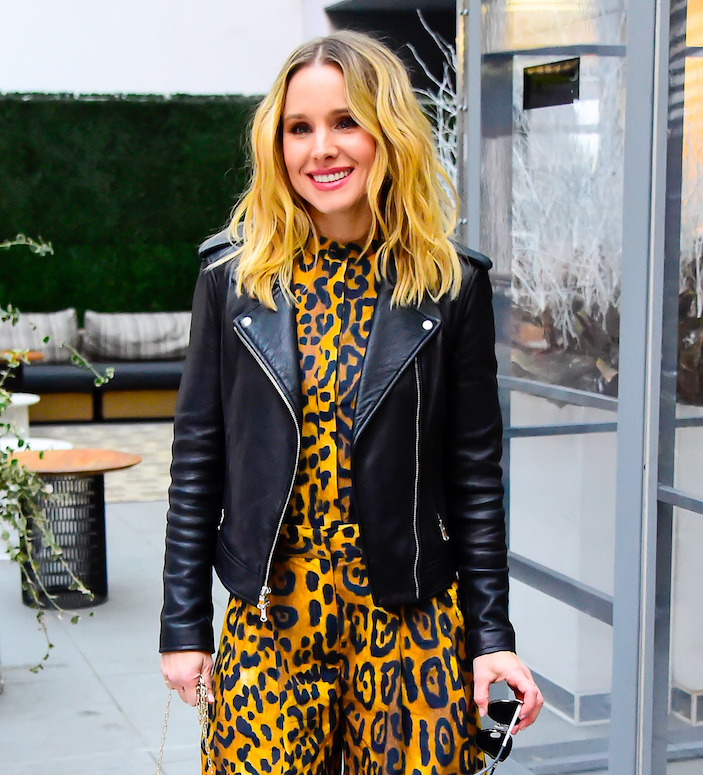 If you haven’t heard of CBD yet, get ready. That’s because CBD, or Cannabidiol (the non-psychoactive part of the cannabis plant), is definitely having a moment. In fact, a range of influencers and celebrities like Kristen Bell have been vocal about their positive experiences with CBD.

“I take a CBD tincture every day, because I truly believe in the healing powers of that plant,” the actress shares. “I take it every day because CBD has no psychotropic effects, so I can be with my children.” Bell, a mom of two daughters with husband Dax Shepard, has also credited CBD as one of her most useful coping mechanisms for anxiety.

Related: 15 Celebs Share Their Self-Care Rituals—and They’re a Great Reminder For The Rest of Us Too

You might be wondering about the legality of CBD and why there’s a sudden popularity of products. Look no further than to the 2018 Farm Bill, which went into effect in December. The bill confirmed the legalization of hemp — the term given to cannabis containing less than 0.3% tetrahydrocannabinol (THC) — and provisions for its cultivation, transport, and sale. The bill also allows licensed farmers nationwide to grow industrial hemp more freely, although each state can create its own regulatory framework around industrial hemp.

Related: 10 Beauty Products You Can Make in Your Own Kitchen

If you’re interested in toe-dipping into CBD territory—after all, it is 4/20 on Saturday—here are 5 CBD-positive women to follow:

Chelsea Leyland is a medical cannabis activist who has suffered from a type of epilepsy called ‘Juvenile Myoclonic Epilepsy’ since she was a teenager. In 2016, Leyland decided to wean herself off her pharmaceutical anti-seizure medications and treat her epilepsy solely with medical cannabis. She’s now a advocate for medical cannabis.

Jessie Gill, RN is a cannabis nurse. After suffering a spinal injury, she became a medical marijuana patient, which led to her starting her site, MarijuanaMommy.com, which challenges the stigma against marijuana use. She tells Parade that her favorite CBD product is CBD living suppositories. “I love them for endometriosis pain,” she explains.

Kimberly Dillon is the Chief Marketing Officer of one of California’s leading Cannabis brands in the wellness space, Papa & Barkley and is also the founder of plantandprosper.co. Dillon is vocal about the benefits of CBD products, including the number of people who have used it to treat skin conditions like dermatitis, rashes and psoriasis.

Kate Miller is the co-founder and CEO of Miss Grass, one of the leading cannabis brands for women. She’s vocal about the positive effects of CBD and encouraging women to find the product that personally works for them. “For my psoriasis, I use it topically and I take a CBD tincture to combat the inflammation from within,” she says. “I also like a tincture to level me out on stressful work days.”

Charlotte Pallermino is the co-founder of Nice Paper, an online platform that helps educate people about everything CBD and cannabis. Pallermino has opened up about how CBD tinctures helped ease her anxiety. “With the addition of CBD, my mood began to change,” she says. “Even though my personal life felt a hot mess, for once, I didn’t feel like one. When my anxiety melted away, so did my tolerance for B.S. I didn’t second guess my opinion as much, or beat myself up for being too ‘sensitive.’”