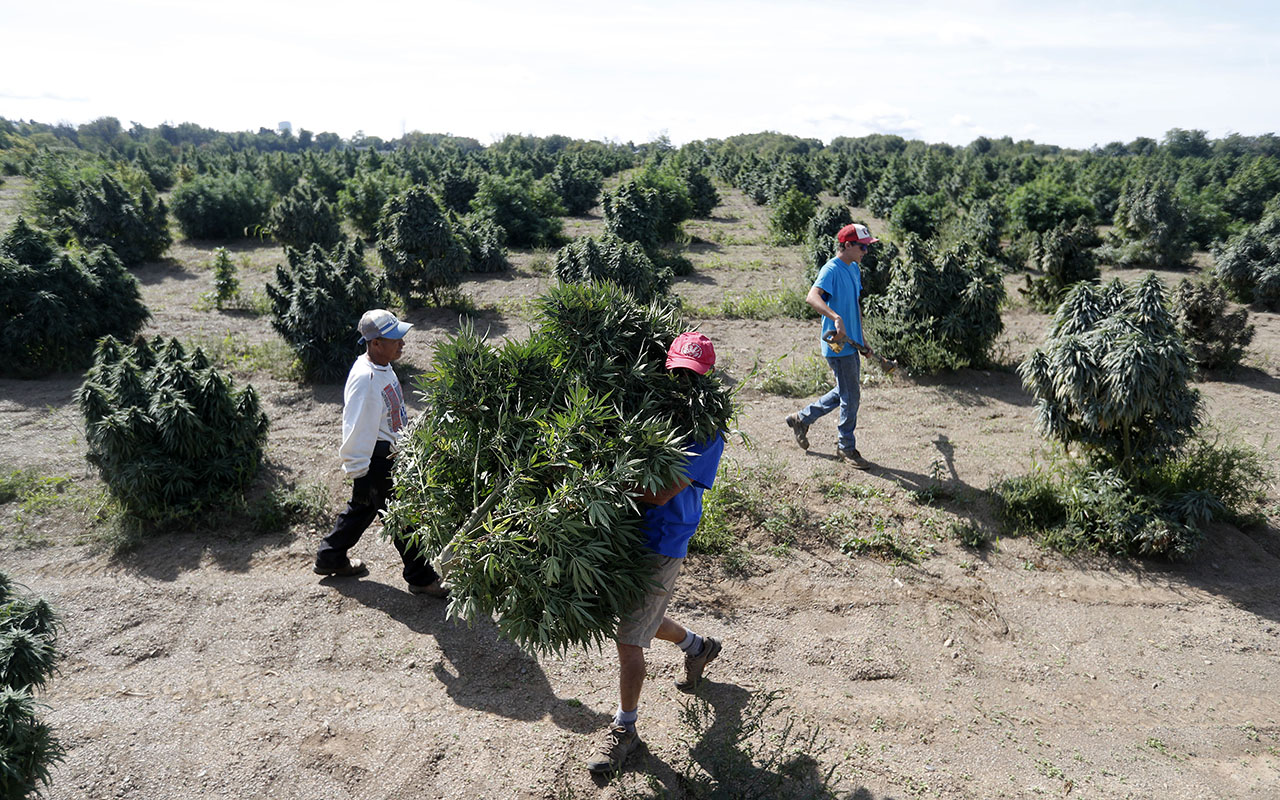 The law, scheduled to take effect in three months, is intended to promote legitimate farmers and retailers of hemp-based products while imposing new testing and labeling requirements as a way to try to protect consumers from buying goods containing mystery and possible unsafe ingredients.

“By establishing a regulatory framework for producing and selling hemp and hemp extract we can set the industry on a path to continued growth in a smart, safe way that empowers both farmers and consumers,” Gov. Andrew M. Cuomo said in signing the bill into law Monday.

The New York-based hemp industry was largely pushing for the measure, though the final deal outlined Monday does not erect a wall – as was pushed originally – to declare that only hemp products grown and processed in the state could be sold in New York State.

Still, it is a major win for a rapidly growing industry that includes farmers, processors and retailers.

“I think it’s going to be one of the things that helps establish and maintain the industry in New York State,” said Mike Barnhart, owner of Buffalo’s Plant Science Laboratories. The company grows hemp plants – 30,000 pounds this past season at its Eden facility – and does the extraction work for another 10 growers across the state.

“I’m not a guy in favor of a million regulations, but this is a regulation meant to truly protect the consumers from fraud and from buying a product that’s not what it says it is,” he said.

From strawberries to cannabis: WNY farmers are growing hemp

The approval by Cuomo came with a number of strings attached that lawmakers had to agree to in exchange for his signature. First, the state agriculture department will not have sole jurisdiction over the industry. That agency will be charged with regulating such things as hemp used in clothing; the state Health Department will regulate hemp extract products, such as skin cream and edibles.

Also, the bill’s provisions permitting hemp extracts, such as CBD, to be sold in food and beverage products will be delayed until some unknown point in the future. That change came after the U.S. Food and Drug Administration last month warned that such products are illegal and issued a broad warning about the unknown safety risks of CBD products. (Cannabidiol, or CDB, products contain minor amounts of tetrahydrocannabinol, the compound in marijuana plants that get people high.)

“We have these products that are showing up all over the place. It is imperative for consumers to know what they’re producing,” said Assemblywoman Donna Lupardo, a Democrat from the Binghamton area and Assembly sponsor of the bill.

Thousands of outlets are selling hemp-related products across the state, including CBD products. Hemp-extract products have also proliferated on the internet; a search Monday on Amazon for “hemp oil” produced more than 20,000 results, from vegan gummy bears to a “anti-anxiety” hemp oil for dogs and cats. But it’s a consumer-beware market, which has led to growing concerns from some consumer safety advocates about what is in the products or if they contain the CBD levels touted by sellers.

Besides new licensing requirements on the hemp industry, the new law imposes labeling rules – CR codes will have to be on every product sold to give consumers information about the product they are buying – and new testing standards.

A compromise will keep New York open to out-of-state companies. “But if you bring in CBD oil that other manufacturers use, it has to be grown and tested to our standards,” Lupardo said.

The lawmaker is the chairwoman of the Assembly Agriculture Committee, and she said industry groups helped push the hemp regulation issue. “They wanted us to send a signal that New York State wants safe products on the street,” she said.

A report in September, issued by Arcview Market Research and BDS Analytics, estimated CBD-related product sales in the United States will reach $20 billion annually, up from $1.9 billion in 2018.