By Javier Hasse and Natalia Kesselman.

NBA champion, Hall of Famer and cannabis entrepreneur Isiah Thomas was recently appointed CEO and Vice Chairman of the Board of Directors of the publicly traded, Colombian hemp and cannabis producer One World Pharma Inc (OTC: OWPC), replacing the company’s founder, Craig Ellins.

The basketball legend isn’t new to business or investing. In fact, his holding company, Isiah International Inc., has a diverse portfolio that includes cannabis oil and CBD companies, as well as the legendary Cheurlin Champagne, which he acquired in 2015. Through Cheurlin, Thomas expanded not just his business and leadership expertise, but most importantly, acquired an understanding of growing a highly specialized crop to perfection in a renowned region of the world.

Thomas now takes the acumen acquired at Cheurlin to the fertile soil of Colombia where One World Pharma holds four unique licenses to grow and commercialize hemp and cannabis. 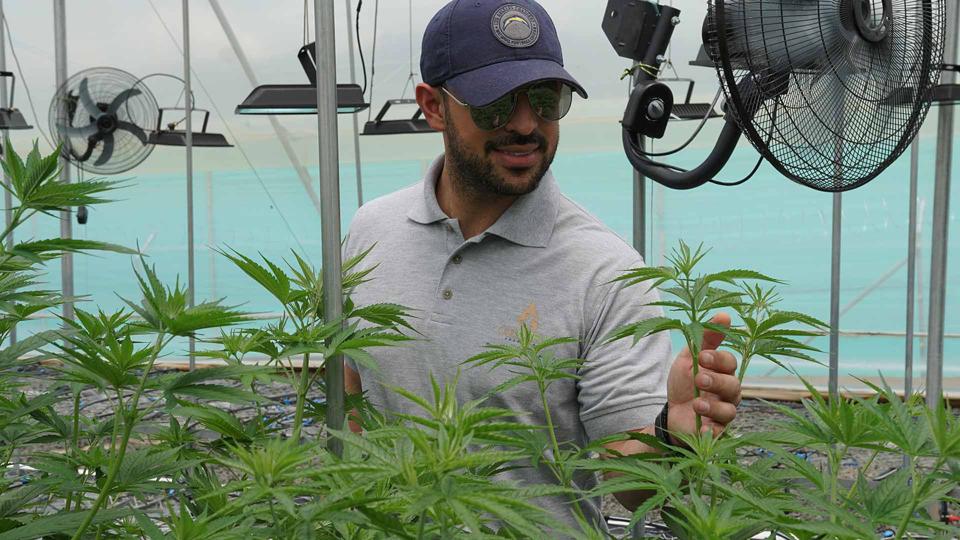 OWP’s plan is to allow for these manufacturers to purchase the exact hemp and cannabis ingredients they desire, have them grown in One World’s fields, and to be able to lock in pricing via a futures contract similar to the way some airlines purchase their fuel. By purchasing a futures contract, the manufacturers can more accurately set their own product pricing in an often volatile, commoditized cannabis market where prices can change and ingredients can often be unavailable.

In an exclusive conversation, we asked Thomas to give us a little background on his own story and relationship with cannabis: what role has it has played in his life, how he decided to become vocal about it, and why he chose to get into this industry.

As Thomas explains, a series of tragedies in his own family would enhance his interest in medical cannabis.

“I had one of my brothers pass away from cancer, then my mother died, and finally my father died from cancer. And I remember, at the end, all of them were struggling with their appetite,” said Thomas. “And not eating was hurting them terribly.”

When his mom got sick, her appetite just wasn’t there and the doctors who were trying to get her to eat wanted to prescribe cannabis. However, as many others in her generation, Mrs. Thomas still thought of the plant as a dangerous drug — and her response was to succinctly decline the prescription.

“Well, I’m not smoking no reefer!,” Thomas recalls his mother’s stern response to the doctor’s offer.

Although today he remembers his mom’s reply with laughter, it was certainly no laughing matter at the time. The “prescribed cannabis experience,” however, had a significant impact on Thomas’ perception of the plant. He now knew about its medicinal benefits and felt like something had to change in the world.

See also: Former Yahoo CEO Carol Bartz Shares Advice For Cannabis Entrepreneurs: ‘You Have To Have Some Cojones’

“What dawned on me was that it wasn’t like this was happening on the street corner or back alley. This was actually happening in the hospital, where it was being medically prescribed,” said Thomas.

“Eyes have been opened,” he added, referring both to his and a broader acceptance in society.

As science continues to study the plant, Thomas anticipates an expansion of the health benefits of CBD, it’s non psychoactive effects, as well as the virtues of THC. Furthermore, he’s pleased to see new and compelling scientific research into the whole endocannabinoid system, including CB1 and CB2 receptors, which affect the brain and immune system respectfully.

“As time progresses and medical discovery continues and we understand the importance of this endocannabinoid system, I think it’s going to be one of the biggest discoveries that we’ve found inside of our body in a totally life changing, impactful way of treating, living, and being.

Joining One World Pharma as CEO and Vice-Chairman is far from Thomas’ first approach to business. In fact, his experience dates back to 1992 when while still leading the Detroit Pistons, Thomas purchased a distressed printing company out of bankruptcy which he subsequently sold. Thomas became the first NBA player to be featured on the cover of Forbes after his investment and turnaround.

In 1994, the NBA entrusted him to essentially start the globalization of the basketball business in Canada with the Toronto Raptors franchise. That, Thomas says, was his first international business experience, and it was game changing.

“For someone who had just left the playing floor, for the NBA to really give you that major responsibility of going to Canada and introducing their first franchise outside of the United States… it was a huge responsibility, but it was also a huge compliment.”

Today, Thomas is especially proud of being Co-Founder of the Raptors. Twenty-five years later, the Toronto Raptors became the first international franchise to be crowned NBA Champions. “It warms my heart to know that the proper foundation was laid by the work that we did there early on,” said Thomas.

From Vines To Grass

Fast-forward to 2020, Thomas is now the sole owner of Cheurlin Champagnes, one of the most renowned family producers in the industry. They have been making Champagne since 1788 and Thomas was named ‘Champagne Producer of the Year’ by the New York International Wine Competition in 2018 and 2019, a feat Thomas values as much as his back-to-back NBA championships in 1989 and 1990.

Since purchasing Cheurlin in 2015, Thomas states that he has learned a lot about the fine art of Champagne making. What interested him the most about the process was the plant; understanding the growers, the soil, the sun, and the importance of the unique location… just about everything needed to grow the perfect grape.

But it’s not only extraordinary grapes that need ideal conditions to flourish.

Once introduced to One World Pharma, Thomas recognized that there are strong similarities to Champagne making in France and cultivating cannabis in Colombia. Both are unique geographical areas that are known worldwide for the quality of their plants.

This article was originally published on Forbes, and republished here with permission.