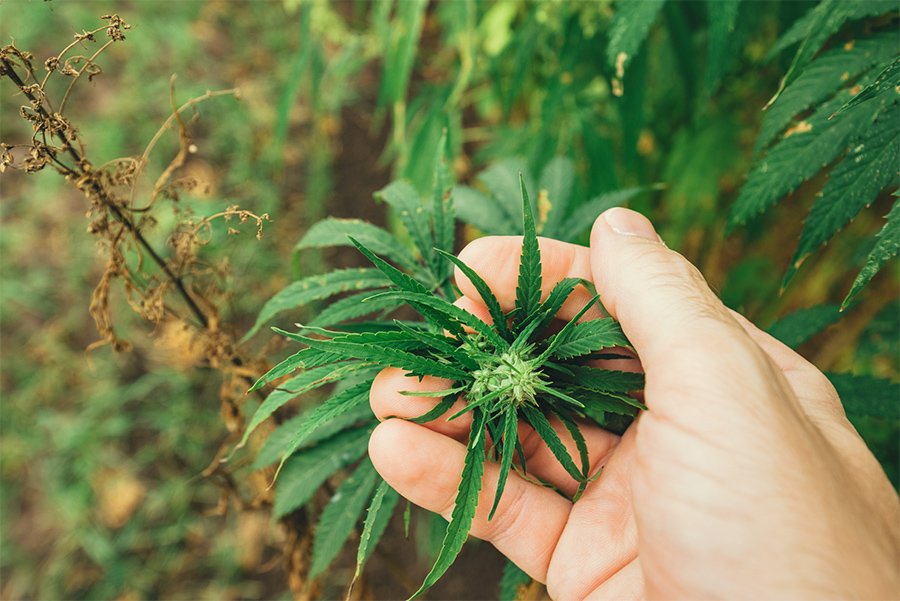 Boris Levchets and his brother, Mike—both Milwaukee natives—had participated in the Oregon cannabis scene, learning from processors and leaders in that state’s industry. They had even planned to sign a lease and set up a processing lab in Portland, Ore. Then, Wisconsin signed into law a hemp pilot program in late 2017.

“As soon as Wisconsin started talking about allowing hemp growing and processing, we decided to invest in Milwaukee and stay in the city we love, rather than going out west,” Boris says. ”It was great timing.” In early 2018, the brothers formed CanniLabs on the northwest side of Milwaukee. The lab offers wholesale and bulk broad- and full-spectrum cannabidiol (CBD) distillate and water-soluble distillate.

Mike has a background in manufacturing, and Boris, who is CanniLabs’ vice president of sales and distribution, notes they both have a desire to learn how things work. Their team includes veterans of the cannabis industry who share knowledge and expertise.

“Our CBD oil is over 90% cannabinoids—not just CBD, but also cannabigerol (CBG) and other cannabinoids,” Boris says. “We sell kilos of CBD distillate, and we also formulate for CBD brands and offer processor-direct pricing. We work directly with brands instead of through a marketing company, and because we are a processor, we’re able to work with brands that sell hundreds of thousands of units, or brands that want to start their own label (known as white labeling) and only sell 40 to 50 units a month of their own brand in their retail store. We’re flexible in that sense.”

For water soluble CBD, they use supersonic equipment to break down CBD distillate, based off a recipe they developed with equipment manufacturers. Their tolling service works with Wisconsin farmers that are having difficulty selling biomass by turning that biomass into distillate, which Boris says gives them an easier avenue to distribute their products.

CanniLabs uses food-grade ethanol extraction, followed by post-processing to remove any residual solvent, plant chlorophylls and waxes. Boris says processors on the West Coast had recommended food-grade ethanol as a safer alternative to other extraction methods. “It’s also easier to scale; if you grow your operation, it’s not as hazardous as CO2 could be,” he says, “and at the end of day, extraction doesn’t matter too much, unless you’re using nasty stuff like butane, because all the solvents are removed post-processing.”

Boris notes that a bitter aftertaste is often the result of poor or no post-processing, which leaves those waxes and plant chlorophylls in the final CBD distillate. “Our distillate has a sweet, clean taste, but still has the weedy taste of hemp,” he explains. “Darker tinctures are probably super crude and going to be bitter. Because this is still such a new industry, most buyers of CBD are first-time buyers and won’t know the difference, but as people get educated, they’re going to start knowing what to expect.”

Boris has not observed huge innovations on the processing end of Wisconsin’s hemp industry, but he thinks that could change; the Midwest is known for manufacturing, which makes it easier to get food and lab processing equipment. “We’re fortunate to be in Midwest from that standpoint. I think we have our work cut out in Wisconsin to compete with Oregon or Colorado, since they had a 10-year head start, but I feel Wisconsin can be one to the top states in the U.S., both in hemp and brand offerings of CBD,” he says. “I think that folks in Wisconsin should not look at it as farmer versus farmer or lab versus lab. We have grown together and learned from each other. That will be very beneficial for Wisconsin.”

Cannabis and coronavirus: Here’s what you need to know – Leafly